This event has been confirmed.  Required band tunes are Highland Cathedral, Scotland the Brave set and Lord Lovet’s Lament set.  Piper’s need to be there by 9AM (drummer’s by 9:30AM).  We perform at 10AM.  Should be over by 12 Noon.

This is our annual performance for the Eastminster Presbyterian Church in Indialantic, Florida.  We perform throughout the service.

This event is called the “Kirkin of the Tartans”:  A service reflecting on the Scottish heritage of the Presbyterian Church. Music of Scotland and Celtic traditions past and present highlight the service which emphasize the traditions of the reformed church.

The Kirking is a modern tradition, introduced by Rev. Dr. Peter Marshall on April 27, 1941, at New York Avenue Presbyterian Church in Washington D.C. The ceremony was intended as a service a re-dedication to Scottish heritage and devotion to God.

Kirk is Scottish for church, and tartans, with their distinctive cross-lined patterns, represent Scottish clans, families, and regions. Perhaps no symbol is more associated with Scotland and Scottish history than the tartan. 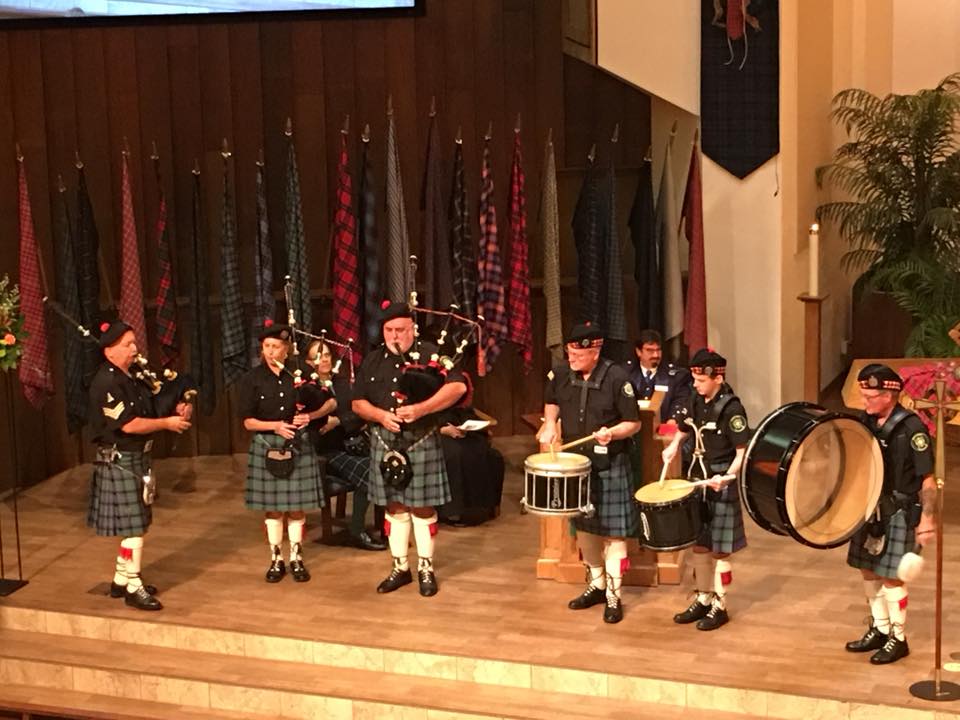